First Step: Where do we go from here? 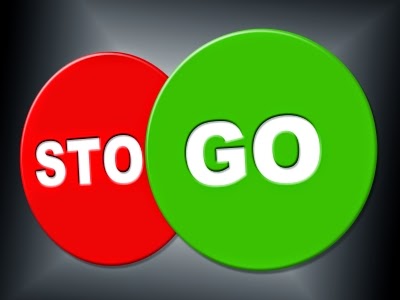 "But shouldest thou marry, thou hast not sinned; and if a virgin marry, she hath not sinned. Yet such shall have tribulation in the flesh: and I would spare you."--1 Cor 7:28 (ASV)

We are forewarned, and yet we still go ahead and get married.  For whatever reasons we each might have, at some point we run into a person that just--well, you know--makes it tick.  As we get to know each other, that tick gets louder and louder until it drowns out everything else--even our common sense.

The tick is different for everyone.  What makes one person resonate with us might cause an unpleasant clang of discord with another.  As a matter of fact, if we look back at any previous relationship, we'll probably notice that the tick was different each time. Something to know, however, is that the tick has a lifetime--one could even say, a half-life:  after a certain time, half of what remains is gone.  And so it goes with relationships: as the tick decays, we drift apart, and eventually find someone else that makes us tick.

But we're not going to talk about the average (or less tan average) relationship. Let's focus on the high-octane ones. Why? Because, as Paul warns, even those will "have tribulation on the flesh."

What makes these relationships superior? Well, many things could.  Things that are more important to us tick louder and maybe even longer, so if someone makes us tick in those ways, then long-term relationship becomes possible, even leading into marriage.  And then you have the best ones, where other things begin to tick as well, and you now have more than resonance: you have synergy.  Synergy, where together you are more than you are apart.

But the tick still has a lifetime. And never forget:

"Be sober-minded; be watchful. Your adversary the devil prowls around like a roaring lion, seeking someone to devour." (1 Peter 5:8-ESV).

If that were not enough, Satan himself does not even need to be involved, as Solomon explained:

"Again I saw that under the sun the race is not to the swift, nor the battle to the strong, nor bread to the wise, nor riches to the intelligent, nor favor to those with knowledge, but time and chance happen to them all." (Ecclesiastes 9:11-ESV, emphasis mine.)

So, as happens in all marriages, something, sometimes, goes CLANG.

But, as with what ticks, what clangs has different importance to each of us and changes over time.  Many times it CLANGS only in us--our spouse does not even notice.  But, whether they notice or not, that once harmonious marriage develops a dissonance that, if ignored, drowns out all that is good, reaching such levels that it can drive us away permanently from our spouse--even to divorce.

Even if we try to remedy that clang, as Solomon pointed out, we can still fail to fix the problem, and as we get closer and closer to that point of no return, we lose motivation to even try anymore.

So.  Where do we go from here?

Figuring that out is the first step.  But, if you're here, reading this or any of the many other wonderful Christian Blogs out there, you have already taken that first step.  It is terrifying, yet exhilarating.  Joyous, yet full of dread.  It is humiliating, yet makes you proud.  Like it or not, admit it or not, it makes you tick.

Whatever direction that first step is taking you, know that your Christian brothers and sisters are praying for you and want to offer you whatever help they can. Keep your faith strong, your prayers sincere, and put yourself in God's hands.

Confused? Thought I was going to tell you where to go?  I'm not wise enough for that.  Trust in Jehovah and he will guide you where you need to go.

Your first step was just that: Going anywhere but sitting still while your marriage sinks.  Taking responsibility to do something, anything and stop being a just a passenger in your own life.  If you allow, God can show you the way; but he won't make you move. You did.

What a magnificent first step.  Kudos.

My prayers are with you.

Image courtesy of Stuart Miles at FreeDigitalPhotos.net
Posted by HopefullyHelpful at 9:07 AM

Because of the nature of this blog, all comments are moderated. These are troubled times, so real names will be removed. Profanity is not allowed. While comments might get very explicit, vulgarity will not be tolerated.

HopefullyHelpful
As you can see, there is not much detail about me here. It is not that I like secrecy. I have no problems discussing my faults and thoughts with others, but cannot say the same about my bride. For me to help others with intimate advice requires me to be open and candid about my own problems (face it:you know it is true), but I do not want to put my bride under the looking glass without her consent. Mind you, she knows I am Blogging and what it's about, but she hasn't read them nor given me explicit permission to let her name be know. And with the sensitivity of these issues, to me that means *anonymity*