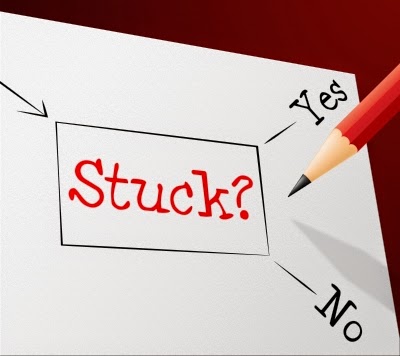 " Let the husband render to his wife the affection due her, and likewise also the wife to her husband."--1 Cor 7:3 (KJV).

I'm using the KJV translation because the wording is closer to the definition of  "the due" as I have come to understand it after my studies; I'll get to that in due time (sorry; couldn't resist.)

I find it so incredibly mind boggling how many Christians can be so vehemently hostile to this vital passage. They immediately bristle, feeling violated, like their God-given rights have been trampled all over (ironic, don't you think?) and run to the dictionary.

: to cause (someone or something) to be in a specified condition

: to give (something) to someone

law : to officially report or declare (a legal judgment, such as a verdict)

"It's time to have sex now," they declare coldly to their spouse, who looks up in total surprise from the other room where they are reading a book on the virtues of celibacy.

It's that time again, the spouse thinks, shuddering with dread. Now. After three months! Why can't I just finish my book?  I don't want to go through this again!  Why am I so weak?  What is wrong with me? is their final thought as they wander, zombie-like, to the bedroom.

This scenario is probably familiar to many out there.  It is to me. And, to many others out there, it is also quite inconceivable. So, if this is familiar to you, read on, give me your thoughts.  If it is not, then read on, and get some insight into the hidden plight of your fellow Christians, and leave some inspiration for those who need it.

The interpretation of 1 Cor 7:3~5 causes EXTREME anguish in both spouses.  On top of the pain and suffering a denied spouse rightfully feels, they also get the impression that their God-Given Right to Have Sex is being abused by their spouse, adding indignation to their already bitter soup of misery.  The denying spouse becomes resentful even towards God for having to do something that--for whatever reason--they. Just. Don't. Want. To. Do.  This brings even more resentment, maybe even hatred, toward the other spouse for putting them in the situation where they have to come into conflict with God in order to preserve their identity as a free human being with the God-Given Right to Say "No."

Quite the conundrum, huh?  Who's right?  What's to be done?  Well, in this particular passage, unfortunately, the denying spouse is correct.

OK.  Now that it has quieted down (and hopefully no one has bashed their computer/smartphone/tablet against the wall,) let us see just how one can arrive at this conclusion:

Reason #1. God-given rights DO NOT and CAN NOT *EVER* come into conflict with one another.

Growing up in Argentina, there was a saying: "Your rights end where mine begin," and this rule of thumb applies here.  But why does the denier's rights prevail?  Simple: Each spouse's suffering from a deprivation of their rights (either for Sex or to Say No) can be seen as equivalent.  So the "trump card" becomes this: Favoring the Right-To-Sex would strip away the dignity of the denier, an "exposure of their nakedness," so to say, while experiencing sex denial in no way removes the denied one's dignity.  It actually enhances it.

[Deleted paragraph.  After a second reading, it dawned on me this paragraph was detracting from the main point.  Sorry to those who might have been put off by it.]


"But I say this as a concession, not as a commandment." (NIV) (emphasis mine.)

Clear enough?  We need to look at scriptures in their entirety, folks!  Take the time to read and discern at least the whole paragraph.  Better yet, the whole chapter, and better, still, the whole book.  Apostle Paul was giving divinely inspired advice to married couples--not commanding "Thou Shalt Put Out On Demand."

This does not mean long-term denial is allowed.

To understand the true importance Jehovah places on Sex In Marriage, let us examine the first place this issue is directly mentioned (as far as I have been able to find, at least.)


"If he marries another woman, he must not deprive the first one of her food, clothing and marital rights.  If he does not provide her with these three things, she is to go free, without any payment of money."--Exodus 21:10-11  (NIV)

Granted, Jehovah is speaking about women (Added: actually slave wives, but it is safe to assume a free wife will have the same or more rights than a slave wife), but notice: Under the Law, denial of food, clothes OR sex was grounds for terminating a marriage.  Can you grasp the importance here?  Sex rates the same importance as food in a marriage.  Puts things in perspective, don't you think?  How long do you imagine you can be denied food before things get serious? A day, or three?  A week, or two?  Would you not concede then, that a continuous pattern of such denial represents abuse?  Keeping the food analogy going, sometimes the cupboard will be bare, or a spouse might be willing to fast.  But as soon food as is available and the fasting is over, regular meals should be served, no?

Of course, not being under the Law anymore, we are not allowed a divorce for lack of sex.  But we are obliged to live by the principles of  the Law.  And, basically, in the eyes of God as shown in the Law, sex is as important as food in a marriage, perfectly harmonizing with the concept of "one flesh."

Hence Apostle Paul's advice to render the due, which means to willingly give what is due, without waiting to be asked.  And with the word "affection" attached to "due," cold, impersonal "duty sex" is not an option.

So, while a spouse has the God-Given Right to Say "No," they most certainly do not have the right of constant refusal.  Remember, when you got married, you loved your spouse enough to commit spending the rest of your life together, with sex more than likely guaranteed and promised exclusively to, your spouse.

Both you and your spouse are equally responsible for maintaining you "cupboards" full (that's part of the His is Hers and Hers is His wording.  Ownership implies maintenance responsibilities!)  So it is your God-given duty to make whatever changes are needed in your life so that you can fulfill your duties of not depriving your spouse their due affection.  You need counseling? Get it.  Need medical treatment? Get it.

You are all in my prayers.

Posted by HopefullyHelpful at 6:59 AM

Because of the nature of this blog, all comments are moderated. These are troubled times, so real names will be removed. Profanity is not allowed. While comments might get very explicit, vulgarity will not be tolerated.

HopefullyHelpful
As you can see, there is not much detail about me here. It is not that I like secrecy. I have no problems discussing my faults and thoughts with others, but cannot say the same about my bride. For me to help others with intimate advice requires me to be open and candid about my own problems (face it:you know it is true), but I do not want to put my bride under the looking glass without her consent. Mind you, she knows I am Blogging and what it's about, but she hasn't read them nor given me explicit permission to let her name be know. And with the sensitivity of these issues, to me that means *anonymity*